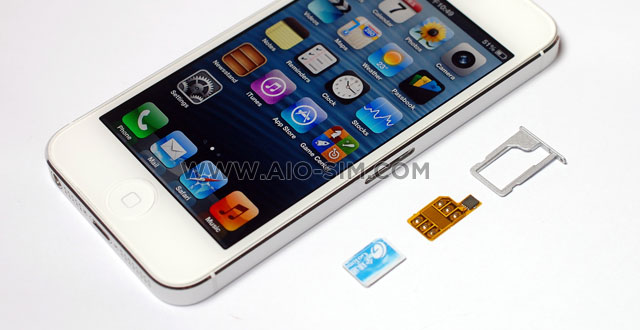 We have made a new BETA software for our beta testers. Please contact us for the download link.
It includes also new V27 fimrware update for 5S and 5C.
Also it includes a new function of reading full simcard info. This will be soon implemented in official BETA 6 for all our users.
Use this to make backups of working and not working simcards so we can solve your problems faster.

Hello,
we did have some successes in testing V24 on 5S and 5C phones so we decided to release it for everyone. Keep in mind that we are still working to improve on this in order to be compatible with all simcards and all networks.
We also heard you and solved a lot of bugs in the latest 7.1 BETA4 software and we replaced that one with BETA5 in Downloads section. Please download the software again.
V24 ONLY WORKS WITH new 7.1 type of update software, you will not be able to apply correct settings with older software.
Please read the recommendations for our beta testers that we have published in previous posts regarding new update V24 and how to use it.

Hi,
we have just released V24 AIO 5 firmware for testing purposes.
To update the firmware list press SHIFT button while the software loads or install the software again in a different directory, if you wish.
For Sprint USA the settings are IMSI:310120 GID2: 01, leave the MNC is 3 digit checkbox checked.
1. The best way is to have the phone closed at the begining
2. insert AIO + simcard
3. power on phone
4. wait until phone is activated message is displayed
5. wait for waiting for activation message
6. press Force 2G in iRose
7. now you need to wait for few minutes (No Signal should be displayed on the phone) until phone displays “iPhone is not activated” – then you press ignore
8. after this your phone should work in receiving calls and calling, no data will be available

For V23 the testing procedure is the following
1. phone is powered on
2. press Force 2G in iRose
3. insert card + AIO
4. wait until phone quires signal and you can go into the menu
5. press Force 2G again so you can receive calls

A lot of people testing our test firmwares reported that they have no incoming calls. This seems is easy to solve. Just press “Force 2G” button in iRose (not the checkbox in our software !!!) – you need to have iRose installed already on your phone and after few seconds incoming calls will work fine. The solution should work no matter what is the update you are testing (V19-20-21)

Test update V23 is also available in the testing software, this update can also use the old settings that you have for AIO. Steps are:

This settings might not be valid for our normal software, are only used by the V19 updated we just released in our testing software that is not available for general public. Please use known settings for the software available for download in downloads section.

Please use this IMSI list in order to test the V19 AIO 5 update from our testing software – ONLY for V19. If you want to be part of our testing team just leave an email at the known email address.

Published on April 21, 2014 by Admin in Uncategorized

Hello,
a lot of people are complaining that we have not yet released a solution for 5s/5c iOS 7.1 and our competitors have.

Because we have been asked many times to release something … we have started doing extensive tests and released a TEST and LIVE software to support this tests. We can’t guarantee that there will be ever a solution that works perfectly for this phones (unless a jailbreak is available) but at your requests we will try to do our best.

we have just released a new update software for AIO4 and AIO5 V7.1 BETA 4. As you can see this update is still in BETA stage of development but we do have tested it already with our main distributors. This is the first AIO Update Software that will work on AIO 4 and AIO 5, so you will not need anymore to use 2 software updaters to update your AIO’s. This also enables us to release updates faster for AIO 4 and AIO 5 alike without updating the AIO4 and waiting for the AIO5 software update like happened in the past.

for more information you can read the ReleaseNotes document located in the archive. You can go to downloads section to download the new update.

About iRose patch for iOS 7.1

Published on April 7, 2014 by Admin in Uncategorized

As some customer of us pointed out some of you do not know that an working iRose for iOS 7.1 it is available for free. In fact there are many solutions available for free so we did not see an immediate need to make another update.

Apple has released iOS 7.1. Some of our customers complained about the fact that this updates breaks AIO unlocking procedure. Until we personally test all the models involved in iOS 7.1 update we advise all customer to refrain the update to the new OS. We will keep you posted here about the results.

Published on February 26, 2014 by Admin in Uncategorized

We have decided to make AIO 5 cheaper for our customers as we already got back our development costs and we are on profit for few months already. The new prices per (10 pcs AIO in pack) are as follows:

Any cookies that may not be particularly necessary for the website to function and is used specifically to collect user personal data via analytics, ads, other embedded contents are termed as non-necessary cookies. It is mandatory to procure user consent prior to running these cookies on your website.